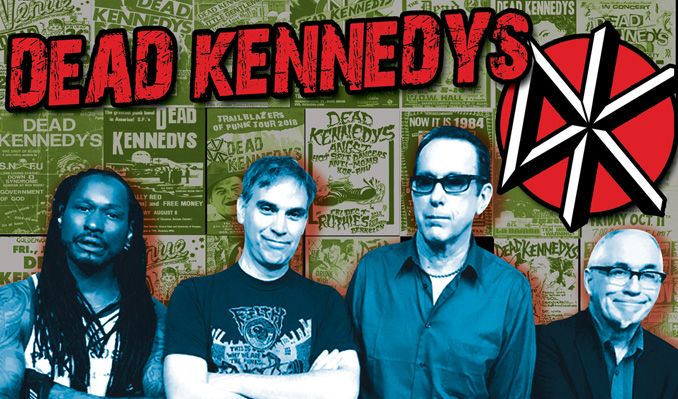 Dead Kennedys are an American hardcore punk band formed in San Francisco, California in 1978. The band became part of the American hardcore punk movement of the early 1980s. They gained a large underground fanbase in the international punk rock community, and were one of the first American hardcore bands to make a significant impact in the United Kingdom. Their eclectic music encompassed their trademark loud and fast hardcore, but also spaghetti western, psychedelic, garage rock and rockabilly. Jello Biafra's biting lyrics tackled the sociopolitical concerns of the Reagan era with a distinct sense of morbid humor and satire, following in the footsteps of such earlier rock satirists as Frank Zappa and non-musical countercultural figures like Abbie Hoffman and Lenny Bruce.

In the mid-1980s, the band was embroiled in an obscenity trial in the United States over the artwork of their album Frankenchrist (1985), which included the explicit titular subject of H. R. Giger's Penis Landscape. The band was charged with "distribution of harmful matter to minors", but the trial ended with a hung jury. Dead Kennedys released five studio albums before disbanding in 1986. In 2001, the band reformed without Biafra, who had been in a legal dispute with the remaining members over royalties. The band played three performances in October 2010. At one of the concerts, they debuted their first new song since 1986, "You're Such a Fake".

Since the dissolution of Dead Kennedys, Biafra has continued to collaborate and record with other artists, including Mojo Nixon, Al Jourgensen of Ministry, and the Melvins, and has become a spoken word performer, covering political topics in particular.

Facebook
*Service and handling fees are added to the price of each ticket.