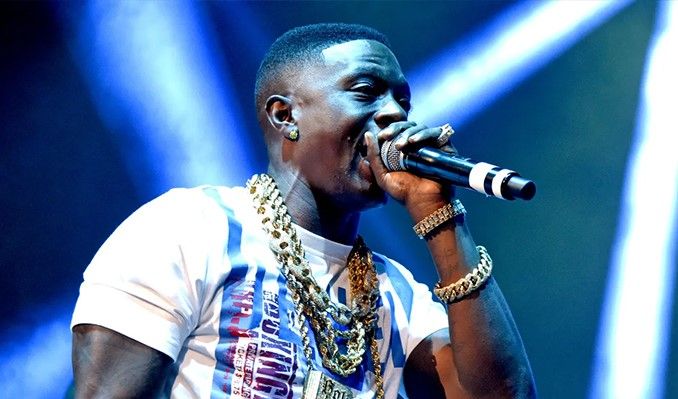 There is NO DIFFERENCE in General Admission tickets except the price. There are a limited amount of tickets available at the lower price.

Boosie BadAzz – until recently known worldwide as Lil’ Boosie – is among the most celebrated rappers of his generation. The Baton Rouge native first lit up the hip hop underground at just 17 and soon teamed with the renowned label Trill Entertainment to unleash a series of undisputed classics, including 2003’s “GHETTO STORIES” and 2004’s “GANGSTA MUSIK” (both with longtime collaborator Webbie), and 2009’s top 10 breakthrough, “SUPERBAD: THE RETURN OF BOOSIE BADAZZ.” His fifth and most recent solo album, 2010’s “INCARCERATED,” was recorded and released while serving a 96-month prison sentence at Angola Louisiana State Penitentiary. The album earned widespread acclaim, with SPIN hailing it as “an enormously heartfelt album that makes his legal plight even more of a feel-bad story.”

Released in March 2014 after serving a reduced sentence of 52 months, Boosie made his first public statements at the #BOOSIESPEAKS press conference, streamed live from New Orleans to his global fan following. The event proved one of the largest urban streams in Atlantic Records history with 40K people logged on and 177K overall viewers.

TwitterOfficial WebsiteFacebook
*Service and handling fees are added to the price of each ticket.